Pope Francis, what if real reform is Romanity? Pope Francis, a Change of Pace for Vatican Diplomacy and Curia Reform? 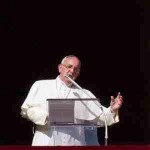 When speaking about Pope Francis’s pontificate, collegiality and synodality are always the keywords and they describe his way of acting. However, two events last week break out of this narrative, and shed light on the fact that Pope Francis is really a lone decision maker.

The Pope met with the plenary assembly of the Pontifical Commission for the Protection of Minors on September 21. He chose not to read the prepared speech which is the only text the Holy See Press Office provided. Instead he spoke off-script, and no official transcription of his words was provided.

In general, Francis confirmed in very strong terms the zero tolerance strategy in countering sex abuse of minors. He admitted that the Church has been late in taking on the phenomenon, he expressed appreciation for the work of Cardinal Sean O’Malley, the President of the Commission who, in Boston, led the fight against abuse, and finally he reiterated that there will be no tolerance for abusers.

With regard to zero tolerance, the Pope essentially said two important things that official Vatican media overshadowed. Speaking of the Delicta Graviora commission, called upon to take over the work of the Congregation for the Doctrine of the Faith in managing the appeals, he first said that the membership of the commission needs to be integrated with local bishops, as most of the members are canon lawyers. There is a need, in the end, for oversight from the peripheries, and this choice and words are in line with what is usually said in reference to this pontificate. He then added that in order to streamline the trial procedures, in cases where the abuse of minors is ascertained, there will be no appeal. A guilty sentence remains a guilty sentence forever.

Likewise, Pope Francis announced that he will never issue a pardon, and he said that only in one such case had he shown gentleness, with a “priest from Crema” who had been sentenced twice. In that case, he chose the less severe sentence, leaving the priest the possibility of carrying on his work in the Church. The Pope did not name names, but the case was that of Fr. Inzoli, first laicized and then reinstated to the priesthood by Pope Francis. For that decision the Pope was accused of having helped a personal friend.

In addition to these two announcements, he issued a declaration that contradicts those who have thought that his pontificate is going to lead to more collegiality and to the dismantling of the Roman Curia. Speaking about the management of abuse, the Pope said that the matter must be handled by the Congregation for the Doctrine of the Faith, as the Church has always done when procedures are not clear enough. The CDF will handle things – he added – until the whole Church becomes more aware of the scourge of abuse.

These three themes clearly underscore the character of Pope Francis’s pontificate. On the one hand, he favors greater autonomy for local Churches. On the other hand, he continues to centralize, to keep everything in his own hands. Increasingly, Pope Francis puts himself forward as the guarantor of reforms. Everything will be done, and will be done in the best way, and on this you have the Pope’s word. This is the message.

The fight against abuse is just one example. Pope Francis presented himself as the guarantor of reforms during his address to Roman Curia last Christmas, when – with a certain fussiness – he responded to those who complained that with this pope reforms seem not to come to an end or not to change anything. In that speech, the Pope recited a meticulous reconstruction of all the reforms he had undertaken along with the many motu proprios he had published in the past in order to guarantee that the work done had followed a precise direction. It was not even possible to question the slow pace of Curia reform that is still in evolution, despite the fact that Cardinal Oscar Andrés Rodriguez Maradiaga, the Coordinator of the Council of Cardinals, has said that work on the draft of the new constitution of the Roman Curia is almost finished.

This choice reveals Pope Francis’s modus operandi. He has always sought to promote a pastoral conversion, and it is well known that he does not love theological discussion, although the John Paul II Institute had developed theology in an extremely successful way, both at its headquarters in Rome and in its branches all over the world.

However, a sharp change in the nature of the Institute was not possible: teachers were against it, and the international institutions linked to the Institute would have been scandalized. Another possibility that was contemplated was to include the John Paul II Institute in the Lateran University’s Redemptor Hominis institute, in order to connect the studies on family and marriage more strongly to pastoral theology. But in this case as well, it was thought that the resistance might have been strenuous.

Pope Francis does not go to an extreme in breaking resistances, nor does he like to fight. Simply, on the one hand, he emphasized the theological and scientific approach within the Institute, while on the other hand he made the decision to enlarge the topics that would be discussed, as well as the curriculum, to include those social and pastoral themes that are at the basis of his own thought.

It has been speculated that the suppression of the institute would also terminate the contracts of its teachers. But this should not happen. Professors will be called upon to take part in the drafting of the new statutes, with the request that they tie those statutes closely to Pope Francis’s requests.

Also in this case, the Pope acted as a guarantor. The shift was established via a motu proprio that does not give the academic institutions the possibility of evolving, but of establishing something new which takes into consideration the Pope’s specifications, as was logical. Also in this case, the decision was made at the center, in order to avoid the risk that the balance would swing in the opposite direction to what the Pope wanted.

In the end, Pope Francis does not seem to be willing to change the doctrine of the Church. He wants to change its mentality. And he does so from the heights of his authority. He preaches collegiality and synodality, but at the same time he makes decisions personally with no fear that the way he makes decisions might harm the narrative which describes him as a simple man close to the people.

This is also the reason why these four years of his pontificate have not witnessed a real spoils system in the Curia, at least in its top ranks.

The newly-upgraded John Paul II Institute will continue to have as professors those individuals who embody the history of the institute along with professors closer to Pope Francis’s thought. The former will at some point become a minority among the institute’s professors. In much the same way, the Roman Curia continues to live with just a few reshuffles, while Francis established a sort of parallel Curia with advisors and Vatican officials he trusts. Even the recently-established Dicastery for Service to Integral Human Development has been staffed with a person close to the Pope, Fr. Augusto Zampini, and an Argentine who served as a CAFOD assistant in the UK. He will be a capoufficio.

Pope Francis, in the end, does not make frontal attacks. He generally enlarges the memberships of organizations, until the balance swings to his side. The same procedure is taking place with the renewal of the College of Cardinals, designed step by step according to the criterion of national representation, rather than for merit.

This is how Pope Francis makes his decisions about the future of the Church, trying to control the discussion from the top.

A question still hangs in the air: is Pope Francis really that way, or he is just acting? Is he really a popular Pope or is he an authoritarian Pope? The point is that people love the pop Pope thing more than the authoritarian Pope thing Yet Pope Francis is a man who stands alone in command. He, and he alone, makes all the decisions. He does so despite everything, even despite an agenda behind his back that exploits his decisions in order to promote the interests of those who are trying to manipulate him.