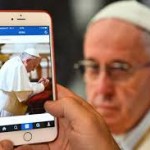 The appointments of Andrea Tornielli as editorial director in the Dicastery for Communication and of Andrea Monda as editor of L’Osservatore Romano marks the moment when Pope Francis’ reform of communication starts to take a definitive shape. At the same time, it is also the moment when a new way of managing issues begins.

This can be seen in what Paolo Ruffini, prefect of the Dicastery for Communication, said when he announced Andrea Tornielli’s appointment. With Tornielli, Ruffini said, “the editorial direction (that has the task of coordinating all Vatican media) will have a safe, authoritative and long sighted leadership, conscious of the great history behind the Vatican media and of a future to be built together, not immediately, if only there is no fear of it.”

The fact that the future is not to be built “immediately” (i.e. suddenly) halts any potential narrative of a deep change of Vatican communication, to be carried out in a short time. After several discussions about how to develop the reform of Vatican communication; after a commission and a committee that advanced their proposals; the Secretariat for Communication – that was its original name – went on for trials and errors.

Video took most of the focus, mostly aiming at emphasizing Pope Francis’ image. Some journalistic content was lost. In this path ,the Vatican Radio brand was partially lost, and the short and middle waves stations were closed, without any internal discussion.

Now, it seems that a new approach is in place. Andrea Tornielli’s appointment shows the will to return to journalism and to the management of information.

Tornielli has a long professional career as a Vatican reporter, and was one of the few who wrote about the potential election of Pope Francis. He also covered with fidelity Pope Francis’ pontificate, and wrote two book-length interviews with the Pope.

Editorial direction is an office already included among the ranks of the Dicastery for Communication, as one of the three offices of the dicastery – the others are the Pastoral – Theological office, led by Natasa Govekar, and the Technology office, under engineer Francesco Masci.

The position of editorial director was vacant. At the beginning, it was the then prefect, Msgr. Dario Edoardo Viganò, who was the director on an interim basis. After his resignation, the website of the dicastery included the new post of assessor, tailored for Msgr. Viganò, but excluded the editorial office.

This does not mean that the position did not exist. Simply, it was vacant. The choice of a journalist for that position will likely switch the attention to content, while delivery and image might take a back seat. This new approach could also touch the marketing-oriented model of communication developed during the pontificate, hopefully backing an approach more oriented to information than image.

We must realize that we are in front of a new world. In the past, the director of a department within a Vatican dicastery was less important than the editor of L’Osservatore Romano. But now L’Osservatore Romano is just one of the many departments of communication, and its content will be coordinated with other Vatican media.

Even this transition will not take place suddenly. In general, there will be a softer approach to issues, as proved by the fact that the prefect Paolo Ruffini introduced Tornielli and Monda as “bridge builders”. Ruffini himself, in one of the very first profiles penned after his appointment written by Andrea Tornielli, was characterized as a normalizer, a person able to foster harmony.

In the end, this is the goal, or at least one of the goals: fostering harmony and overcoming the initial tensions, in order to create something new and at the same time anchored in tradition.

Another goal is to abandon polarization. This is proved by the fact that Andrea Tornielli declared he believes in a journalism of analysis, made of facts rather than opinions.

One of the biggest issues of the narrative of this pontificate was in fact polarization, on both sides. This polarization generated a model of communication that everybody followed, and that in fact was made of commentaries, rather than of analysis. There is the need of a revolution of language, and this revolution should start from the Holy See, perhaps initially not prepared to manage the change of narrative coming with Pope Francis.

The choice of Andrea Monda as editor of L’Osservatore Romano is also part of this path. Monda is a professor of religion in a high school in Italy, and his lessons were also the object of a tv show of the Italian Bishops’ Conference television, TV2000 – “Buongiorno Professore”. Pope Francis picked Monda and his students to write the meditation of the Good Friday for the Way of the Cross last year. But Monda was also one of those who carried on the creative writing project launched 20 years ago by Fr. Antonio Spadaro, current editor of La Civiltà Cattolica.

If Gian Maria Vian gave the Vatican newspaper a sharper cultural angle, keeping a focus on politics, and especially on Italian politics, Monda will likely look more to the contemporary cultural discussion. He will follow his interests, that perfectly fit with the cultural work done until now around Pope Francis, in particular by Fr. Spadaro. Monda said that one of his goals will be to foster dialogue among generations. Will his newspaper be more dynamic, and less institutional?

It is too soon to say. Only conjectures can be made, on the basis of the previous work done by the new directors of information.

Beyond content, there are also administrative issues at stake. The Holy See Press Office is, for example, under the Dicastery for Communication, and it is in its organizational chart.

On the other hand, the information on Papal activity comes from the Vatican Secretariat of State, to which the Press Office is bond, according to Pastor Bonus, the Apostolic Constitution that still regulates functions and tasks of the Curia offices. The question is: how will the information be managed? And how will the Holy See Press Office be organized under the upcoming new constitution, Praedicate Evangelium?

All this conundrum will be solved after Christmas, with due calm. Not immediately, as Ruffini rightly said.