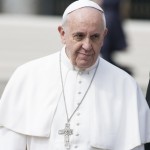 The Myanmar Minister for Foreign Affairs, Aung San Su Kyi, Nobel Prize laureate for peace, visited Pope Francis on May 4. The visit was aimed at finalizing the opening of diplomatic ties between the Holy See and Myanmar (Burma), one of the few countries that did not enjoy full diplomatic ties with the Holy See. The news is a sign that papal diplomacy is gaining further consideration throughout the world. However, it would be wrong to see in this diplomatic spring the fruit of Pope Francis’s work alone. And this point is true for other issues as well.

Clearly, Pope Francis has a great impact on world affairs. He tirelessly underscores the need to foster a culture of the encounter, and he puts this into practice without any mediation. He does so also in other fields: ecumenical relations, interreligious dialogue, dialogue with people with no religious reference, and diplomacy.

Looking back at Church history, every development came out of solid bases, and these bases are the main data to look at in order to arrive at a lucid and correct analysis. In general, one should avoid describing Church developments as “revolutions.”

Likewise, Pope Francis’s pontificate is harvesting the fruits his predecessors seeded and let grow, exploiting the kairos, that is, the propitious moment of history.

To be concrete, it is now the kairos for the opening of diplomatic relations with Myanmar. The Parliament approved the move on March 10. However, we arrived at this kairos after a long, patient effort carried on by the Church. Much water has passed under the bridge since the 1960s when the Burmese way to socialism brought about nationalization and confiscation of Catholic houses, schools, monasteries and churches.
A way for new relations started in 1993 when Italian missionary, Igino Mattarucco, was given permission to re-enter and reside in Myanmar.

The kairos also occurred because of the Burmese need to open to the world – there are an additional six new diplomatic delegations to be open beyond that to the Holy See.

For these reasons, Myanmar will become the 183th State to enjoy full diplomatic relations with the Holy See.

Is the Holy See’s diplomatic weight something new? Not at all. Today Venezuela and other countries look to the Holy See as a possible and super partes mediator, but the same happened in the past. However, despite the Holy See’s prestige, its network had to be rebuilt after the uprising that followed the French Revolution and that were mostly anti-Catholic.

In the end, behind any new diplomatic ties there are years of patient work by the Holy See, until a kairos comes.

A kairos is seemingly in the offing for diplomatic relations with the People’s Republic of China, one of the few States with no diplomatic relations with the Holy See – the others being Afghanistan, Saudi Arabia, Bhutan, North Korea, Maldives, Oman, Tuvalu and Vietnam, though the latter is the closest one to opening bilateral relations, as there is an ongoing discussion since 2011.

The Papal nunciature to China is based in Taipei, Taiwan, but it is not led by a nuncio, but by a charge d’affairs since 1979, while relations with the People’s Republic of China are monitored by a “mission of study” based in Hong Kong, formally linked to the Holy See Mission to the Philippines. In 2016 for the first time the Pontifical Yearbook added a footnote with the address and phone number of this mission in Hong Kong. Nevertheless, the Holy See is hoping to move the nunciature to Beijing.

This is a sign. Despite the controversial news from China, especially concerning religious freedom, everything points to an agreement in the offing between the Holy See and the Chinese government on the appointment of bishops. For the Holy See, this agreement might be the lesser evil. For President Xi Jinping, an opening to the Vatican is part of a program to open China up to the world, and signals pointing in this direction are indicated in the message he sent to Pope Francis for his installation Mass back in 2013 and the permission given to the Pope’s plane to fly over Chinese air space.

This kairos does not work in favor of Holy See diplomacy alone. It was also the perfect moment to restore US – Cuban relations, and it was normal that the Holy See – with its 75 years of uninterrupted diplomatic relations with Cuba – was called upon to be a mediator, or better a guarantor: that story should not be underestimated.

This same kairos works in ecumenical relations, too. The last year of Benedict XVI’s pontificate was also the year during which five Eastern Churches had to elect a new Patriarch.

Pope Tawadros, head of the Coptic Orthodox, took courageous steps forward in ecumenical dialogue, and in the joint declaration he signed April 28 with Pope Francis, he undertook a commitment not to rebaptize Christians who convert to Orthodoxy. However, this commitment is undergoing strong internal resistance.

Even the Orthodox Patriarchate of Georgia encountered strong internal resistance over the papal trip to Tbilisi, and over Patriarch Ilia’s meeting with Francis – no Orthodox delegation took part to the papal Mass in Tbilisi.

This time was also the kairos for the meeting between a Pope and the Patriarch of Moscow, and so the meeting between Pope Francis and Patriarch Kirill took place. This meeting was long sought by St. John Paul II and Benedict XVI – a couple of times, it was cancelled at the very last moment: the work aimed at achieving the meeting never ceased during the course of the years.

Even the Orthodox lived their own kairos; the Pan-Orthodox Council was convened, despite the fact that some Orthodox Churches did not take part in it.

Setting the gaze farther, one can conclude that this is the right moment for the final transition of the Second Vatican Council.

After the Council, Blessed Paul VI became aware of the need to strengthen faith, and so he proclaimed a Year of Faith and wrote the “Creed of the People of God”, while he after 1968 he ceased writing encyclicals or making trips abroad, thus dedicating the rest of his pontificate to reiterate evangelical truths that had never been rejected by the Second Vatican Council.

St. John Paul II felt the call to carry out a missionary push that made him the most globetrotting pope of history. However, his trips were intended to confirm the faith and re-establish the truth. St. John Paul II was always faithful to the Splendor of Truth, and not by chance he wrote an encyclical titled “Veritatis Splendor.”

The criterion of truth also provided the guidelines through which he led the Holy See’s diplomatic activity, and it was the criterion at the basis of his speeches as well as for dialogue with other faiths and with the cultural world.

This preliminary work of Benedict XVI sided with the world situation, thus creating the current kairos. The fruits of this kairos are being harvested by a pontificate called to be missionary and to go to peripheries, as Pope Francis is fond of repeating. But it is also the pontificate of a Pope who yields to the temptation to open processes without closing them, basing his decisions on a pragmatism that is partly Jesuit and partly Latin American.

The scenarios designed in the past are now taking shape with more clarity, and the processes opened a long time ago are coming to a conclusion. Hence, the success in diplomatic relations, but also in other issues like the new Vatican penal code, the steps forward against money laundering, and even the Pope Francis’s surprising dialogue with the traditionalists of the Priestly Brotherhood of St. Pius V, the so-called Lefebvrists.

Pope Francis is ready to welcome back the Lefebvrists to full communion with the Catholic Church without even asking them to sign that doctrinal preamble which has always been considered the minimum requirement for them to re-enter full communion.

But, as these processes are being completed, there are new processes being opened. The discussion will last for long time. Pope Francis has the idea of a sort of permanent Synod, a sort of continual round table of debate which he believes was achieved with the publication of Amoris Laetitia. In fact, Amoris Laetitia opened a debate, more than closing it, and leaves everyone with the possibility of resolving their doubts through a personal discernment.

As part of the new processes, there is also a relationship with new media that Pope Francis personally manages. We are no longer in the time of a single Vatican spokesperson with a unique communications strategy. The flow of information comes both from the Secretariat of State and the Secretariat for Communications, but the Pope personally manages interviews and meetings, spontaneously. So much that, during a May 2 meeting with Salesian novices, one of the participants sent everything on Facebook live, de facto overcoming every barrier between official and informal communication.

During these informal meetings, Pope Francis speaks with no filters. From his words, one can see an open process that will not end soon. Nothing of what was done during these years will be concluded or strengthened, everything is intended to be left open-ended.

This is what is happening with Curia reform – it is “accomplished in the walking,” as the Pope likes – the same being the case for other initiatives.

In the end, this kairos is pervaded by the feeling that we are transitioning toward a new era, yet to be defined. In this new era, Catholics will be less numerous, and will be called to rethink their role in society. Perhaps, in the end, this kairos proves that we are living a transitional papacy, filled with joy for the present achievements and of uncertainties for the future to come.