Pope Francis and the “Benedict Option” 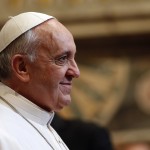 That the question is important is indicated by the fact that the issue was strongly raised once again in the Anglo-Saxon world following the publication of the book “The Benedict Option”, by Rod Dreher. To sum it up (and sum it up a lot), Dreher says that Christians should look at St. Benedict of Nursia as a model for living in this post-Christian civilization. Just as St. Benedict gathered a small community of monks and from there started a new civilization, so should Christians today.

The discussion shows that the problem is heartfelt. So much so that there have been writers who defended the “Benedict option” from possible misinterpretations, while Bishop Richard Barron, Auxiliary Bishop of Los Angeles and very popular in the United States, has looked at the issue through the lens of the quest for a Christian, and particularly Catholic, identity, that is a crucial issue of our times.

In fact, the issue was also one of the questions surrounding this pontificate. In the end, we could say that Pope Francis’s entire pontificate tries to answer the question: how to evangelize in a changing world?

This question, too, informed the meetings of cardinals just before Pope Francis was elected, and it was clear that they were also looking for a change of narrative in order to take the Church out of the swamp of the negative narrative concerning the Church that pervaded the media. The question still hangs in the air after four years of this pontificate, and despite Pope Francis.

Does the Benedict option appeal to Pope Francis? Looking at the principal issues of this pontificate, we can surmise several ways in which he answers the question.

Hence, too, the establishment of a Council of Cardinals, tailored on the General Curia of the Jesuit Order, so that people coming from outside of the Vatican, and with experience rooted in their local dioceses, were able to make a policy contribution.

Hence, also, the choice to create Lorenzo Baldisseri a cardinal after appointing him General Secretary of the Synod of Bishops, thus emphasizing the issues relevant to synodality. The synodality issue was then further strengthened by naming Fabio Fabene, Undersecretary of the Synod Secretariat, an archbishop.

Hence, once again, the decision to create as cardinals not bishops linked to traditionally cardinalatial sees, but rather personalities more representative of Pope Francis’s way of thinking, that is, people who represent the idea of a Church which is wide open to peripheries and one that aims to build bridges.

Hence, finally, Pope Francis’s choice to appoint an unprecedented number of auxiliary bishops for the Diocese of Rome – there are nine, plus the vicar general – thus shaping the Vicariate as a structure in which every bishop is charged with a particular task. This choice will perhaps pave the way for a small reform of the Vicariate, in order to emphasize that the Pope is in fact the Bishop of Rome.

Pope Francis’s second answer to the evangelization question concerns themes. To draw a comparison, St. John Paul II’s pontificate was characterized by the issue of identity and Christian primacy. Benedict XVI focused on the search for God as a consequence of the search for Truth. Pope Francis prefers to focus on language, using terms that are closer to secular culture, as in the case of the “culture of the encounter” – as if he believed that only by getting closer to the other will the the other be attracted by Christian faith.

With Pope Francis the Church’s vocabulary was then loaded up with terms that belong to the secular and secularized cultural world: culture of the encounter, sustainable development – later Christianized into “integral human development” (which is nevertheless a sociological term) – the duty to protect (a term used in diplomatic language), fraternity, non-violence.

Pope Francis’s third answer is framed by the criteria for his apostolic trips. Whereas his predecessors traveled where there was a need to confirm the faith, when his presence was needed to help Catholics, Pope Francis tries to go where God is needed, with the final aim of speaking to non-Christians instead of Christians. This almost implies a silent acquiescence to living in a post-Christian world, and the need to survive this world not by opposing it, but by allying with it.

Pope Francis’s apostolic trips are increasingly characterized for many reasons as ecumenical. For example, during his trip to Egypt on April 27–28, he will meet with Patriarch Bartholomew who was invited to the conference during which Pope Francis will give his final remarks. The Anglican Primate, Justin Welby, should be present during Pope Francis’s hoped for trip to South Sudan, which will presumably take place October 15, with a possible trip to Nairobi on October 14 in order to allow the Pope to stay only a very short time in a country that is enduring winds of war.

Pope Francis’s fourth answer is provided by his theological model. Theology seems to be a secondary issue during this pontificate. His joint declaration with Patriarch Kirill in Cuba in February 2016 was a “pastoral” declaration – this is how the Pope wished to describe it. His ecumenism is not characterized by the theological search for unity, but rather by a pragmatic unity already achieved with the ecumenism of blood and the ecumenism of prayer. Dialogue among religions is based on the common search for peace and for other common goals, since – as Pope Francis put it while meeting the al-Azhar Grand Imam al Tayeb – “the meeting is the message.” The Curia reform also lacks theological discussions, while it is provided with structural-organizational discussions.

In the end, we can see that Pope Francis’s response is not the “Benedict option.” It does not deal with being a creative minority. It rather deals with the need to be associated with the creative majority in order to generate new spaces of evangelization.

It was almost logical that Pope Francis’s approach was welcome nourishment for those movements that have always been working to secularize the Church. And it was a natural consequence that those theological movements that characterized the period immediately following the Second Vatican Council were going to be back in action.

The message for the World Day of Peace, dedicated to non-violence, represented a sort of turning point. It is now going on one year since non-violence began to be widely discussed in the Vatican, with the openly declared aim to change the doctrine on just war. Non-violence was at the center of a conference organized by Pax Christi and the then Pontifical Council for Justice and Peace one year ago, and was one of the topics discussed during the annual Sant’Egidio meeting among religions in Assisi last September in which Pope Francis took part.

There was also a reversal concerning the reference point. The non-violence issue introduced an ever wider appreciation of Martin Luther King. It was thought that Pope Francis, during his trip to Washington in September 2015, was going to detour and pay homage at the Martin Luther King Memorial. Bishop Edward Braxton of Belleville spoke about Martin Luther King during the recent conference on Populorum Progressio in the Vatican. An expert in interracial issues and proud of his African heritage, Bishop Braxton is among the names put forward to be appointed Secretary of the Dicastery for Integral Human Development.

This is one example of how the Vatican is changing as the world is changing. Pope Francis faces the evangelization issue as Jesuits do: working at the apostolate, speaking the language of the new world. It is however important that while Francis has steered the Church in this direction, the “Benedict option” is still being discussed. And it is also significant that the experience of the creative minority is increasingly widespread in a Church that is ever more under attack.