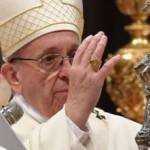 Pope Francis is expected in 2020 to issue the post-Synod exhortation of the Special Synod on the Panamazonian Region; he will sign the Praedicate Evangelium, the Curia reform underway since the beginning of the pontificate; and he will have to face four crucial international challenges: China, Argentina, United States, and Brazil.

The first text to be out in the next year should be the Post-Amazonian Synod apostolic exhortation. Some sources said that the document was going to be out already in the middle of December. The text should confirm the so-called “Amazonian exception” and draft some particular rites for the region, to establish a new particular jurisdiction.

If this is so, many territories are likely to ask for a particular jurisdiction, starting from Germany. There, a binding Synod (implicitly criticized by Pope Francis) is taking place. The Synod aims at getting more autonomy on issues like sexual morality and the management of the situation of the divorced and remarried.

The big issue for the document on the Panamazonian Synod is, in fact, Latin American continentalism. Pope Francis is not a game-changer in doctrine. If he changes the doctrine, it is only because of his pragmatic approach. His legacy will, however, be mostly geopolitical. And one of these legacies is that of a renewed appreciation for the Latin American continent, following Simon Bolivar’s dream of an anti-colonial unity.

During the first semester of 2020, the Curia reform text might be released, too. The draft was reviewed and re-read many times; it was adjusted many times and currently is undergoing amendments from bishops’ conferences around the world, or at least from those who have received the document.

The main goal of the reform is that of changing the Curia mentality. So, offices will be just offices, with five-year term positions, while other historical positions will disappear. For example, the position of Chamberlain will not be anymore appointed by the Pope but will be de iure, the coordinator of the Council for the Economy.

These moves show how anti-institutional Pope Francis is. He uses the institution rather than preserving it. Pope Francis will carry forward his views, even amending the Canon law if needed.

The international scenario will also be important in 2020. Pope Francis is not a doctrinal Pope, but rather a pragmatic Pope. His pragmatism also affects his “geopolitical activity.”

For the next year, there will be four main critical international challenges.

The first is China. There will be other bishops appointed with the twofold approval of the Holy See and the government. Since the provisional agreement on the appointment of bishops with the Chinese government, only two bishops have been appointed. As customary in China-Holy See relations, there is a one-step forward – one step back situation.

For example, the Holy See had a stand at the Beijing Expo on Horticulture but did not get the Chinese authorization to print and deliver copies of the Laudato Si to the participants. The Vatican Museums exhibited their works in the Forbidden City of Beijing, but the exhibition of Chinese works in the Vatican never took place.

Another hot international issue is pertinent to the United States. In the second half of November, the US will be called to vote in the presidential elections. How will the Holy See, and in particular Pope Francis, act towards Donald Trump, who is running for a second term? Will there be a silent backing of the democratic candidates, considering that on hot issues like migration and the environment, the Holy See and the US president have different points of view? And what will be the position of Archbishop Gomez, considering that he was himself an immigrant?

From North to South America. Pope Francis will have to manage the relations with the Brazil of Jair Bolsonaro. The new president appeared to disagree with the Pope on some sensitive issues, like the weapon industry, Bolsonaro’s intention to move the embassy of Brazil to Israel in Jerusalem, and the integration of the Latin American continent. Brazil is still the most prominent Catholic country in the world, by the way. Will there be a meeting between Bolsonaro and Pope Francis? The Pope met the Brazilian First Lady on December 13, when Pope Francis inaugurated a new headquarters of the foundation Scholas Occurentes in Rome. Will there be a meeting with the president this year?

Finally, Argentina. Pope Francis will probably not visit his country in 2020. Since he was elected Pope, he has never been back. There are no official trips yet, but Pope Francis’ upcoming trips include the wished trips to South Sudan and Iraq, if conditions will allow them, and then he wants to go to Indonesia, East Timor, and Papua New Guinea. There is also the possibility that Pope Francis will go to Hungary for an International Eucharistic Congress.

The new Fernandez administration is a challenge for Pope Francis. Fernandez does not have a bad relation with Pope Francis, contrary to the cool relation that president Macri had with the pope, and always speaks about the Pope as “el Querido Papa Francisco,” the “Dear Pope Francis.” Pope Francis warmly met the First Lady at the same event in which he met the Brazilian First Lady.

One of the keys of the relation will be the abortion law. Fernandez promised his electorate a bill on it; the Church does not like it. However, the rest of Fernandez’s agenda is aligned with Pope Francis’. There will not be tense relations between them.

These are just some of the challenges Pope Francis will have to face in the next year. They will not be the only ones.