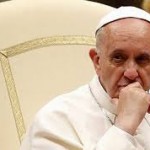 14 Responses to Pope Francis and Synod 2015: A “Humanae Vitae Effect” in the Offing?