Vatican Financial Reform: What Are the Issues at Stake? Pope Francis: the European challenge

Pope Francis, a change in mentality? 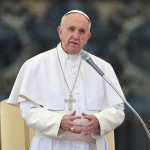 The Financial Intelligence Authority is the Vatican’s financial watchdog. Its annual report, released April 28, is one of the many proofs that the “hidden Vatican” has been continually working within the Vatican. Here’s why.

The figures of the report showed that suspicious transactions tripled in the course of the last year; that the Vatican’s oversight system has so many controls that even money in definitive exit (because of a voluntary tax disclosure) was checked in order to see if it had been involved in money-laundering; that exchanges of information and international cooperation had significantly improved, in part, thanks to the Authority (known by the Italian acronym AIF) that filed the majority of requests of information.

This awareness signals a change in mentality which is occurring now six years after Pope Benedict XVI courageously initiated the financial transparency reform – a reform that is now bearing fruit.

Certainly, this change of mentality took a lot of time. In this regard, it is enough to think about the vicissitudes of the Vatican anti-money-laundering law. In the end, the finalization of this legal framework can be divided into two seasons. The first was that of the emergency: there was a rush to draft a law because Italy had frozen some Vatican accounts for no evident reasons. But after several procedures, the money returned to the Vatican, as no crime had been committed.

However, the image produced brought about further development of the bilateral relation with Italy and reliance on charismatic individuals (for this reason, the first AIF board was composed only of Italians). Then, the second season came: the Vatican understood there had to be a long term, sustainable plan, and this is the reason a new anti-money-laundering law was drafted and then completely overhauled in an effort to build a Vatican financial picture tailored to the peculiar nature of this nation-state.

In the end, things had developed gradually, but the change was not always accepted: many of the leaks about financial reform were an outcome of this climate of discontent. However, the figures of the AIF’s report indicate that a change in mentality has actually taken place.

Another way to see at the report – as some analysts do – is as part of a “financial war” within the Vatican, in view of the Vatican turmoil following the suspension of the hiring of the international firm Price Waterhouse Cooper to audit Vatican finances.

The PwC hiring was suspended because some terms of the contract need to be reviewed – according to a Holy See Press Office communiqué. This is not a reversal, and there is no wish to halt the ongoing reform. Widening the viewpoint, the conflict between the Secretariats is not dictated by any alleged conflict involving the Italian, bureaucratic and non-transparent Curia, on the one hand, and the Anglo-Saxon mentality of transparency and accountability, on the other.

However, any change needs to be metabolized and to work its way into the common language of people interested in reforms. In the Vatican, no one ever strongly counters another’s decision. However, Vatican employees really consider as a way of life the Vatican style, that is, the “curial” way of doing what has been done for centuries – the main character of the men of the Curia, in the good sense of the phrase.

Cardinal Pell might have paid the price for the fact that he does not behave as a Vatican man. In the case of PwC, he played the card of the “public commitment.” If I make a public commitment – he thought – no resistance will stop me. Some sources say that the decision was unanimously backed by the Council for the Economy. Others insist that the Council for the Economy was not informed – and this may be at least partially true, considering the fact that Cardinal Reinhard Marx is told to have opposed the agreement – even though Cardinal Pell explained in depth the procedure that led to the hiring in a recent press statement.

However, sources said that, in drafting the agreement, Cardinal Pell failed to consider that external auditing could work only when the internal auditing is completed; that the Vatican is not a company, and for this reason it did not need to be transitioned to a new system by way of an external audit; and that the kind of contract he signed with PwC gave unlimited access to the Holy See’s accounts, with no clause of confidentiality that is essential for drafting the balance sheet of any and every State. Nor did Cardinal Pell consider that – sources insist – “accountability standards need to be completed, and that if this does not happen, there can be no transition to new forms of annual financial statements.”

This carelessness opened Cardinal Pell’s side to corrections. Cardinal Pietro Parolin behaved as a real Vatican man. Cardinal Parolin knows how to deploy the peculiar language of the Curia. Thanks to his skills, he was able over time to re-establish the Secretariat of State’s centrality in the Curia, despite the fact that the first drafts of curial reform sought to break up the offices of the Secretariat of State into four parts. Every step Cardinal Parolin has taken has been followed by a papal note or document granting him what he was seeking.

In order to carry out reforms in the Vatican, it is necessary to respect the Vatican world. Proof of this is the April 28 hearing at the so-called Vatileaks 2 trial. On that day, Paola Monaco and Paola Pellegrino, two officials of the Prefecture for Economic Affairs, responded to questions.

Both of the witnesses underscored that there was a tense atmosphere in the Prefecture following the advent of COSEA, and in particular of a “restricted group” of people which met in closed-door meetings. Both of the women them clarified that their annoyance was not due to the fact that COSEA was composed of external consultants, since the Prefecture for Economic Affairs was used to relationships with external supervisors and on-site financial inspections. (For the record, COSEA was the Pontifical Commission of Reference for the Holy See / Vatican City State economic-administrative structure, which operated from July 18, 2013 to May 2014).

According to these employees, COSEA’s work was viewed with skepticism because of the strange behavior of its members.

This detail shows where the COSEA that Pope Francis wanted has failed. It did not fail in its investigation, as the data found were already in possession of the related dicasteries. COSEA failed because it wanted to bend a history, a mentality and a mission in order to develop in the Vatican a secular vision, adapting the Vatican to a secular, worldly way of life. They thus seemed to will that the Vatican should become as they are.

The same mistake was made at the beginning of the drafting of the anti-money-laundering law. It is the same mistake of all those who try to promote a revolution in the Vatican. They think they can take a mentality, a way of being, a mission, and make it fit in with worldly principles.

Reforms that work in the Vatican are carried out step by step.

One question arises: will Pope Francis’ reforms move in the direction of an adaptation to secular criteria?

It is still soon to assess. Despite that fact that they have met several times, the Council of Cardinals has not drafted a definitive document about curial reform. Certainly, even writing a new apostolic constitution to supersede Pastor Bonus cannot ignore the reality that the new text cannot be a breach with the Church’s tradition. Not all of the people in the Church would accept that.

There is no possibility for a break up from the theological point view. Never forget that in the 2014 Synod, the mid-term report was harshly treated because of the lack of references to the Bible or to magisterial documents. When the biblical references were inserted, the paragraphs that included them gained a supermajority in the Synod.

Never forget that the apostolic exhortation Amoris Laetitia is receiving strong criticism not because of its brand new approach – whose interpretation is often left to the reader. The critics are upset, instead, because the text is vague – in some sections the lack of clarity leads to the suspicion the document cuts itself off from the Church’s tradition. This was the harsh criticism of the philosopher Robert Spaemann, a consultor to two popes.

In the end, we can ask ourselves if Pope Francis is a man of reform or revolution. Truth be told, it is probable that he is neither. While he opens breaches in the Church’s tradition, he nevertheless has met recently in a private audience Massimo Gandolfini, the Italian Family Day’s chief promoter. During the meeting, the Pope told Gandolfini to go on with his commitments.

Despite the fact that this pontificate allows some moments of confusion or misunderstanding, there remains the “hidden Vatican” which keeps on working. The work of this hidden Vatican over time can bring about the change of mentality. However, a conversion of hearts is what Pope Francis always asks for. Will he be able to back up the new initiative of the hidden Vatican?