Pope Francis, the pastoral criterion of reform Pope Francis, does the new CDF document signal a shift in the discussion?

Pope Francis, how are his reforms proceeding? 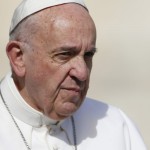 As soon as he returns from the Lenten Spiritual exercises, Pope Francis will preside the Council of Cardinals periodic meeting. But the week will likely begin with the appointment of three new nuncios.

The three nuncios are Msgr. Alfred Xuereb, currently secretary to the Secretariat for the Economy and formerly secretary to Benedict XVI, who should be appointed papal nuncio to South Korea; Msgr. Antoine Camilleri, Vatican vice minister for relations with states, who should go as nuncio to Singapore; and Msgr. José Avelino Bettencourt, head of the Vatican protocol, who is reportedly going to be nuncio in Georgia.

These three appointments constitute a shift in the governance of the Secretariat of State, and represent the first moves of Pope Francis as the beginning of his 5th year of pontificate approaches.

Msgr. Xuereb was one Benedict XVI’s first collaborators, and his departure also represents a final transition from one pontificate to another; Msgr. Camilleri headed the Vatican delegation in the latest negotiations with Vietnam, and so the appointment to Singapore – which nuncio is also non-resident Vatican representative to Vietnam – indicate continuity in his portfolio; Msgr. Bettencourt goes to fill a key post, that of Georgia, that was left with no nuncio after the Papal trip.

In the offing, it also seems the Pope is going to write a new document, perhaps an encyclical, on spirituality in the modern world, with a strong accent against neo-pelagianism. The creation of new cardinals during the year is also expected.

This possible move forward in the path of the redesigning of the Curia comes after a series of transitional steps. It is clear that the upcoming Council of Cardinals’ meeting will not be decisive. This meeting will however indicate how the path of reforms will be like in the future.

Until now, Pope Francis’ path to reforms has been characterized by steps forward and steps not taken, according to the principle of reform on the go.

The Congregation for the Doctrine of the Faith was supposed to be dismantled, but his did not happen. The Pope simply replaced the Prefect at the end of the mandate, but he did not change the responsibilities and functions of the Congregation.

A tribunal for bishops negligent in handling the sex abuse crisis was expected, but the tribunal was never set up.

The management of economic resources was supposed to be reformed, too, and an initial reform was launched. However, the first push of reforms resulted in the need to rebalance them according to the Holy See’s priorities. In the end, beyond the establishment of the Council for the Economy and the Secretariat for the Economy, the management of Vatican finances underwent some technical improvements and some adjustments so that the functions of overseeing and management were better spelled, as the first reform somewhat overlapped them.

Even the Institute for Religious Works, known as the IOR and wrongly referred to as the “Vatican bank”, was supposed to be shut down: this never happened.

In fact, the Pope had also inaugurated the era of the external consultants. The Pope itself closed that era, opting instead to enlist as members of the commissions for IOR and the economy those best suited within the Vatican ranks, and leaving all others aside.

In the end, Pope Francis abstained from taking many steps in the process of reforms, with respect to expectations. We cannot describe them as “steps backwards,” but mostly as “part of being on a path”: none of the projects was re-designed, since Pope Francis likes to shape things while making them.

Certainly, this approach does not allow the discernment of Pope’s decision making criteria. Sometimes, the changes of direction come out of the blue, other times they are operated more gradually. In both cases, steps taken involve substantial changes.

There are four recent developments that exhibit Pope Francis’ openness to changing his mind.

The first is the motu proprio Imparare a congedarsi (Learning to take leave). After the Pope asked all the bishops to resign at the age of 75 – a Papal rescript established that – the Pope made the decision to change canon 189. According to the canon, a bishop’s resignation request had to be considered null if left unanswered for three months. It is not so anymore. The Pope now makes case by case the decision on when to renew and when to rescind a posting, with waiting periods considered “extended”.

This norm sets aside the notion of required retirement when a bishop reaches 75. The Pope can thus keep control in choosing his collaborators. From the extreme decision to invite everyone, with no distinctions, to resign at the age of 75, the Pope has turned to case by case decision making, regardless of age.

In the second example, Pope Francis backed down on a case regarding the Archdiocese of Ahiara, in Nigeria. Appointed to lead the archdiocese in 2012 by Benedict XVI, Archbishop Okpaleke had never been able to take possession of his post, because the ethnic majority of the region rejected him, since he belonged to a different ethnic group. Cardinal Onaiyekan was appointed an apostolic visitor to the archdiocese, and Pope Francis showed an iron hand asking from all the priests of the archdiocese to show obedience to the Church and to the Pope’s decision by writing a letter. None of these initiatives worked. In the end, Pope Francis accepted Archbishop Okpaleke’s resignation, and made the decision to leave for a while the archdiocese of Ahiara without a titular bishop.

Third case is about the Pontifical Commission for the Protection of Minors. The Pope has recently appointed its new ranks, and confirmed Cardinal Sean O’Malley as president. A press release by the commission stressed that the new members include some survivors, although none of the profiles presents a record of past abuses, for reasons of privacy.

Beyond the privacy issue, it is noteworthy that the commission is now structured as a think tank of experts, while survivors are sort of left out. In the end, it was decided it was best to tackle the issue of abuse with the help of experts able to confront the issue rather than with people who have certainly suffered a lot, and sometimes have asked the Vatican to go beyond its specific possibilities.

The fourth case has to do with the way the Pope has managed Bishop Barros’ issue. After oscillating between caring for the victims and caring about due process, between defending Bishop Barros’s and defending the victims, Pope Francis made the decision to send Archbishop Charles J. Scicluna, considered a champion in the struggle against abuse, to talk with some of the survivors who have accused bishop Barros of covering up Father Karadima’s abuses. Beyond Archbishop Scicluna’s bad luck – he was hospitalized during his mission – it is noteworthy that the Pope made the decision to send him on a mission, in light of signals critical of the pope for wanting guarantees for those accused of abuse.

These are  four steps back taken by Pope Francis.

The Pope has thus carried on his pontificate of gestures and prayer launching three signals.

The first is that the Pope is a man alone in command.

The second is that the Pope is not afraid to have a change of heart on any given matter.

The third is that Pope Francis is a hands-on decision maker, to an extent unpredicted when he was elected. We can define Pope Francis’ way of governing as profoundly political: he presents himself as a guarantor, he makes sure that processes go in the direction he wants, and at the same time he is willing to take a step back if it helps.

One Response to Pope Francis, how are his reforms proceeding?