Pope Francis, toward the closing of an era 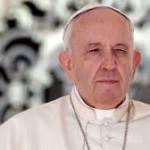 The destruction of Benedict XVI’s vineyard in the Papal Residence of Castel Gandolfo is the symbol of the closing of an era. Benedict XVI received the vineyard from the farmers of an Italian national association. The Pope emeritus wanted it planted under the statue of Jesus the Good Shepherd, in the gardens. The reference to the Gospel was evident. The place of the vineyard will be taken up – it seems – by a small asphalted street.

The destruction was probably not an intentional insult to the Pope emeritus. Most likely, whomever took the decision did not even know the significance of that small piece of field, where Benedict XVI used to walk and rest. The decision is, however, revealing of the situation in Rome.

Speaking about the Curia reform to the Vatican staff on the occasion of the Christmas Greetings, Pope Francis assured them that reform does not mean that the things done right in the past will not be taken into consideration. But, since the beginning of the pontificate, the scope of the reforms seemed to have left out attention to the past. Or, at least, to dismantle it without a final project for the future. In the end, Pope Francis always speaks of the importance of opening processes, rather than closing them.

For this reason, reforms continue to be implemented by trial and error.

Also, the reform of communications was carried forward with trials and errors. In the beginning, there was a commission for the reform, then followed by a committee that came out with a series of proposals. The new dicastery for communication had, in the meantime, changed name (from Secretariat for Communication to Dicastery for Communication) and headquarters, and employees of the dicastery have been transferred from place to place. On the one hand, the Vatican media department needed a reorganization. On the other hand, it is not clear why the restructuring had not a clear initial plan, or the reason why this plan was not applied if there was one.

Also, the office of the general auditor was reformed to give it a better placement within the ranks of the Curia. The reform that led to the establishment of the Dicastery for Laity, Family, and Life has already produced two different statutes for the new dicastery. Pope Francis also established a commission on religious-run healthcare facilities to keep the original spirit of the Congregations in the management of hospitals: the commission has held no public events thus far.

In many cases, Pope Francis could have taken advantage of the previous organization, that worked even if it could be improved. Indeed, starting from zero leads to extra work.

This is perhaps the reason why, in the end, Pope Francis makes his decisions alone, independently from what his counselors advise. Pope Francis made the decisions personally in many cases. The Curia reform itself is now almost effectively in practice, although we still do not know when the Apostolic Constitution Praedicate Evangelium will come out.

In some cases, Pope Francis’s reforms went back to the old, working model. But there are fields were a step back is impossible. One of these fields is doctrine.

Pope Francis has often been conservative in doctrine: he strongly condemned abortion, he said that he would prefer to die than to abolish the priestly celibacy, and he expressed his doubts on women deacons. On the other hand, Pope Francis is pragmatic, and this pragmatism leads him to accept some given situations. This works for a parish priest, who is called to discern case by case. It does not work so much for a Pope, who is called to give an example of the testimony of faith.

Pope Francis’ pragmatism has been used to carry out a discussion that seems to be at a point of no return. It is, in the end, an old discussion which dates back to the post Second Vatican Council. This discussion interpreted the Church in merely functional categories.

Speaking with Swiss bishops at the end of their 2006 ad limina visit, Benedict XVI underscored: I remember, when I used to go to Germany in the 1980s and ’90s, that I was asked to give interviews and I always knew the questions in advance. They concerned the ordination of women, contraception, abortion, and other such constantly recurring problems. If we let ourselves be drawn into these discussions, the Church is then identified with certain commandments or prohibitions; we give the impression that we are moralists with a few, somewhat antiquated, convictions, and not even a hint of the true greatness of the faith appears. I therefore consider it essential always to highlight the greatness of our faith – a commitment from which we must not allow such situations to divert us”.

The topic of faith is now marginalized. Pope Francis always speaks about a missionary Church. Still, he also lives in a world that has as its agenda separating the Church from the world, where it is not possible to share the faith, and where the Church is reduced to a humanitarian agency. Pope Francis pragmatically senses that the Church is here to help the poor and the most vulnerable, and backs every concrete initiative. But the theme of faith is still marginalized, though it is crucial.

The theme of faith is perhaps intimidating, because it sets the spotlight on all the limits of the Church, if read with political lenses. This was clear in the quarrel of the Benedict XVI – Cardinal Sarah’s book on priestly celibacy. The issue was not the content of the book, but instead that two authoritative figures, with a vast audience, were putting at a the center a topic that is considered overcome.

It happens with many other issues (for example, when the discussion touches the subject of the communion for divorced and remarried, or when the debate is about liturgy), and it often happens when the Pope emeritus speak. Though Benedict XVI speaks because Pope Francis permitted him to do so, it has even been said that the Pope emeritus should be ordered to maintain an institutional silence, as whenever he speaks, he might create a counter narrative to that of the current pontificate.

The Church, however, is not based on majorities and oppositions, nor on the contrast between the positions of conservatives and progressives. The Church is grounded on the Gospel and the witness of the Gospel, and this must be taken into account. Every figure involved in the discussion has his personality and his view points, also some Churchmen have embraced political views in their actions. However, this is a human shortcoming, not the Church’s.

In the end, it seems that nowadays only one narrative for the Church is tolerated: the narrative of change and the revolution. All others must stay silent. This is the reason why the destruction of Benedict XVI’s vineyard is symbolic. It dramatizes the idea that everything that happened in Benedict XVI’s pontificate must be set aside. Everything, from ideas to men.

Looking closely: the financial reform dates back to the initial years of Benedict XVI, when there was a privileged bilateral relation with Italy. Benedict XVI started the “international option.”

Many of Benedict XVI’s men are retired or are in marginal positions: Cardinal Fernando Filoni, just appointed Grand Master of the Equestrian Order of the Holy Sepulchre two years before he was going to end his mandate as prefect of the Congregation for the Evangelization of People; Cardinal Gerhard Ludwig Mueller is without a position, not having been confirmed at the helm of the Congregation for the Doctrine of the Faith; Cardinal Mauro Piacenza will soon transfer from the Apostolic Penitentiary; and Cardinal Dominique Mamberti was moved from his position of undersecretary for the relations with the States, to the helm of the Signatura almost at the beginning of Pope Francis’ pontificate.

In the end, 2020 seems to be the year of the final spoils system against all of Benedict’s men, while all of Francis’ men will get new and old Curia positions. According to Pope Francis, the past matters. It can’t matter, however, for those who do not know it.

One Response to Pope Francis, toward the closing of an era